When I was adolescent I bought all the records of Heinz Holliger. He was my idol, a model to be reached …

I would not hide from you that in spite of the passion which livened up me for the oboe and my intensive work I did not know how to equal my model. Far from there.

It may be necessary a very strong gift. I think with hindsight that even with this gift, even with a regular work, the most importing rest the people, the professors who are  on your road. They have to teach you, advise to you, push you, help you, support you …

By discussing with musicians amateur as me, I say to myself that too often only the first stage is realized in academy and that there is a real waste, musical and human. For me as for others well before I, it was sink or swim. The lesson  was the place of humiliations. It was the natural selection of most hardly or of the most overliberal that tolerated even the humiliation.

» Why are you looking  your reed? It is not it! It is not the oboe either the culprit. It is the guy who can’t play! Full stop. You should go to put your oboe on a nail, on a shelf to make decoration! «

I’ve heard this sentence during a rehearsal to obtain my First prize of academy. It was in front of the pianist, in front of the other pupils oboists who were going to know an assortment of at least prickly sentences too …

In classroom,  we went with the fear. We listened to a little behind the door before entering as to know what was the day humor. With the girls he was particularly misogynous and obnoxious. For the girls it was not rare to go out in tears at the end of the lesson.

With hindsight I wonder why we returned in class every same week with real love of the oboe.

_Of the oboe only? You could say with surprise.

You do not speak music?

We swallow kilometers of notes. We begin with the exercise book of scales and arpeggios. It is necessary to know how to play it entirely, without faults, otherwise we begin again since the beginning: diatonic scales, in thirds, tierces, fourths or fifths, with articulations, with precise rhythms or patterns, but no nuances …

If we reached there we could then pass in the study. Still of the technique, always the technique: of Ferling, Lamotte, Luft, Loyon and many others.

As usual, it is better not to make a mistake because you guess what happened next…
I was one of the first pupils and even the first one as such to ask if we could not play  some of the repertoire works.

He accepted but I was not saved for all that, the Music either moreover. Bach it was still technical :  sixteenth notes then another a stream of notes without delicacy. Unconfessed objective: play as a robot. It is maybe the reason that I am so talented when it comes to to play Pasculli!

But let us return at this little glorious moment of concerto:

Nothing of that kind!

During this time we play trills with a Wagner’s style even if it is a Bach’s work. And I with all my innocence, I was demolished because I made some missa di voce with my oboe, because I put some banished ornaments and I shall not speak to you uneven quavers in certain baroque sonatas which were worth me additional pages of scales and studies because apparently I was hopeless rhythm for the teacher!

At my home I listened to Michel Piguet, Marcel Ponseele but especially the wonderful Paul Goodwin! What a happiness refreshing that listening him! I had even worked one summer with a very physical employment to buy a baroque oboe which I always have … 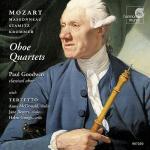 About reeds, it is necessary to say that my teacher  knew the instructions for use, the general ideas without ever knowing how to apply them. It was one of his friends, oboists in the Orchestre National de France (and a time  tuner at Marigaux) who scraped them to him and who made him a small stock …

By speaking about Marigaux, I admit that I very gladly hated this brand a very long time! It was « The » brand of my professor and everybody owed played marigaux. Rigoutat could again be tolerated first years but arrived at certain level it became unacceptable. I always wondered if my teacher  did not get a commission …
You wonder what I made? With my passion, my curiosity and my adolescent idealism I chose a brand that he did not even know a name (Lorée, unbelievable !) with Violet wood  of which he did not suspect either the existence. 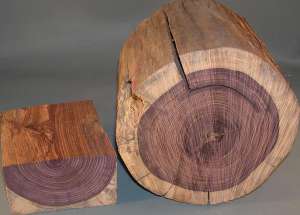 Disparagingly and despite all he wished to try it after a salvo of unpleasant reflections : his secrets ! I was laughing out loud, inside because I could not show him.: since one hour he failed to play an excerpt on his oboe and he  succeeded and on mine !!! He was disgusted: « Uh…it works… well… »

Sometimes he recommended a pupil to go to work in parallel on Paris with another teacher : only among his friends or his good knowledge naturally ! Friends had left to Pascal Saumon. So when I came to tell him that I wanted to continue to work with him also while visiting another teacher on Nanterre (near Paris)  but that I chose (hello Claude!): I was fired from the Class of improvement to become professional ! True !

My professor except the day when I surprised him failing  his excerpt hen making a success on my instrument, never played ! NEVER !  Neither before the lesson, nor later and even less during the lesson! It was not to influence us he said … What an ass….!

The word is said.

It would have been so simpler to have an example illustrated by the oboe when we found ourselves stuck without neither knowing nor understanding his expectations.

I could add hundreds of anecdotes so much the subject is inspiring. So much bad memory resurface when we approach the only one.

I needed an exceptional dose of masochism to go every week in the course of oboe and keep playing with envy and ambition, with love.

I would maybe not have of.

Thus believe, please, that in a successful route, a gift, a talent, a work that counts, that matters a lot … But you cannot remove me of the spirit that the people, the professors who are on your road are far more important !

This charming (it’s ironic) teacher was the author of 2 exercise books of technical studies … in which we play only lines of violin … necessarily things which lend themselves well to the oboe (irony, again…). I know better Mazas, Fiorillo, Kreutzer than Nigel Kenndy (there I joke …)

For his retirement, the director of the academy had asked him to occur in the concert of the end of year with the student’s orchestra. It was the concerto in C of Vivaldi rv 447, necessarily … a deluge of notes … without musicality. We can put in it, it is even recommended, but it is not the partition which lends itself to it most! See for yourself ! 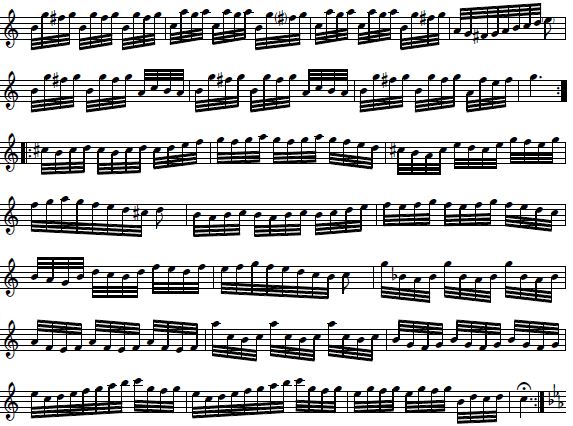 Before the fateful day, my teacher went to the toilet every 15 minutes so much he was in stress. Other than that he did not understand why I trembled one year before the day of my examination in front of Pierre Pierlot!

Pierre Pierlot, on the left with the « Quintette à vent français »

The concert? I would not have wanted to miss it for all the gold of the world! Hear finally my wonderful professor! It was in Lille, in the Sebastopol Theater. With a friend oboist, Valérie, of whom the father was himself an oboe teacher (and who did not suspect what could be told on him and to his daughter)  … We counted the failures, we waited and hoped for the moments of crash of this oboist who finally played sat while I immortalized his bad performance on cassette VHS because I had borrowed the camcorder of my father.

When I think of him still so many years later, because it is impossible to forget him and I told you only what can be said and fit to be seen, I think of a title of Boris Vian’s book, a sentence which summarizes my felt and the title of this article:

I shall go to spit at your graves.